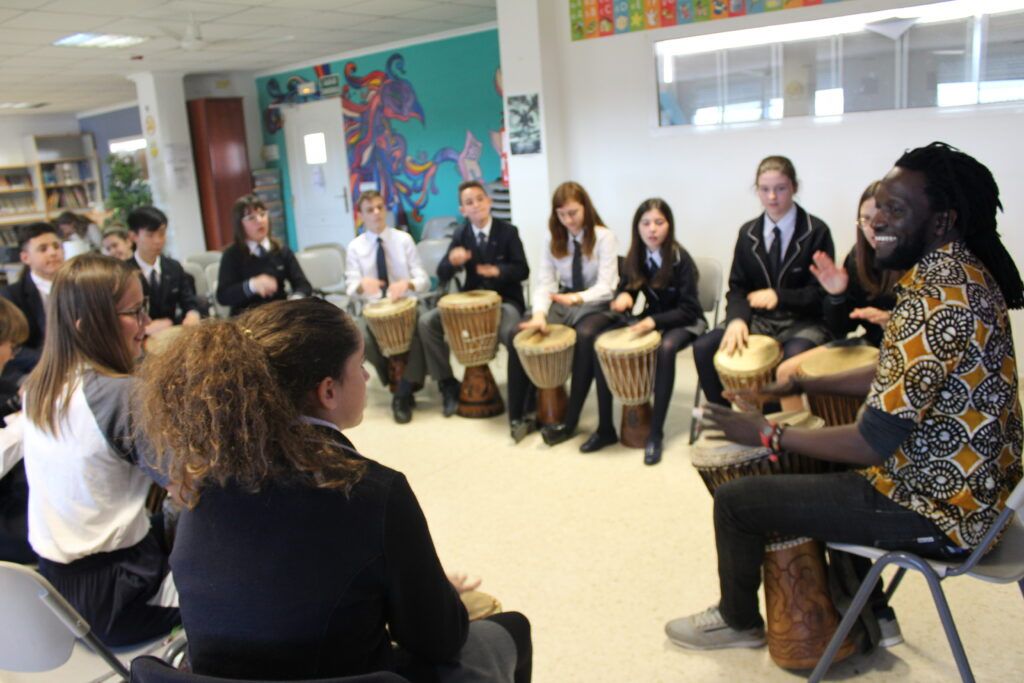 This term, Year 8 have started a new unit on Africa. To help them learn more about that continent, the Casa Africa Centre of Valencia was invited to the school to give a talk and run three workshops.

In the talk, students were asked to challenge misconceptions about Africa being poor all over and that global trade has been set up to benefit richer countries not poorer countries. They were shown a short video about Dakar, as well as a movie about a bowl of soup which challenged their assumptions.

In the first workshop, students made a bracelet using African print fabric and in the next two workshops, students learnt African drumming and African dancing.

Students said they had fun and found the sessions very interesting.