Laude British School of Vila-real (LAUDE BSV) will only consume solar energy. The school has installed 261 photovoltaic panels that will generate a total of 163 megawatts per hour per year, 80% of which will go for self-consumption. 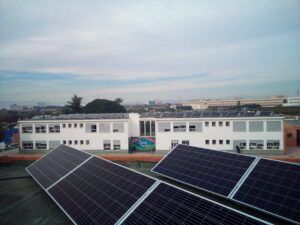 The use of the panels in our school will avoid sending 58,580 kilos of CO2 emissions into the atmosphere, which would be equivalent to planting 117 trees.

The panels, which have been assembled by the Valencian company Solats, will mean significant savings in our electricity consumption, so the investment will pay itself back in just over four years. “With this initiative, Laude BSV demonstrates its commitment to sustainability and the environment through efficient management of energy“, explains the CEO of Solats, Rafael Montagud. This engineering company is specialized in the execution of turnkey photovoltaic projects, developed to measure, in which it customizes the installation to adapt to the consumption curve of the recipient.

The Valencian engineering company Solats has installed a total of 1,900 solar panels in the Laude school network, part of the International Schools Partnership group. In total, nine of the eleven schools that the international educational group owns in Spain will generate a total of 1,200MWh per year, which will avoid the generation of waste and the emission of 436 Tn / year of CO2, which would be equivalent to 872 planted trees.

“The assembly of solar panels has a “profitability of more than 500%” and a payback period that in most cases is less than six years, but Laude schools have “managed to reduce this time”, says Montagud. 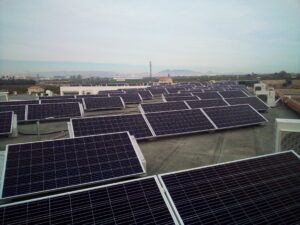 Read the news in the online edition of Periódico Mediterráneo

Read the news in the online edition of Elperiodic.com

Read the news in the online edition of Levante – EMV