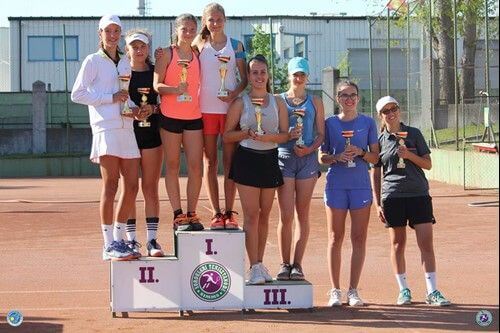 During the last two weeks our Year 10 student Andrea Burguete has travelled to Budapest to participate in the Hungarian Open Sub 16 Competition. During the Open she competed in two tournaments, playing a total of 12 tennis matches. She was a finalist in the doubles tournament and she was the fourth placed finalist in the second tournament beating the third seed player in a tight match over 3 sets. Andrea has managed to move from position 1700 to 680 in the European ranking sub 16. Andrea continues winning matches and she is an example for others, showing that effort, dedication and passion for tennis brings success and who knows … she is well on the way to becoming a great tennis star! CONGRATULATIONS ANDREA!