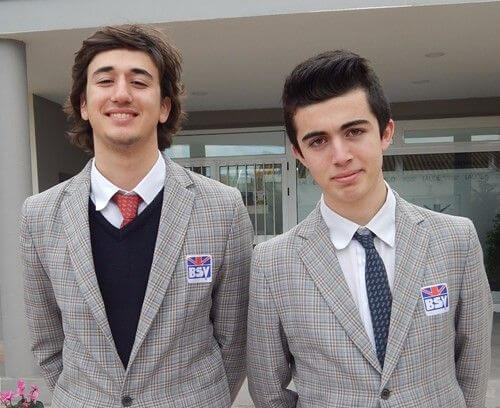 Last Monday, 31st January, BSV pupils from Years 11 and 12 took part in our inaugural BSV Public Speaking Competition MUN, in which they were asked, in pairs, to make a presentation on a topic of their choice and then to answer questions related to this topic, from the audience. Subjects discussed ranged from tax evasion to prejudice against Muslims and every single presentation was of an extremely high quality.

Eventually we settled upon two pairs of finalists, Cristina Antequera and Alejandra López, and Roman Chiva and Pelayo Arnal. They were given the unenviable task of arguing in favour of disbanding the European Union and were allotted a very short period of time in which to prepare their speech. Both pairs performed admirably and eventually we awarded First Prize to Roman Chiva and Pelayo Arnal, with a very close Second Prize to the girls. Our winning duo will be spending six days in Mexico next month at our partner school Instituto Thomas Jefferson in Mexico City. They will be participating in the prestigious Model United Nations Conference hosted by our Mexican counterparts and we am sure our students will enjoy the privilege of being a part of this unique occasion. We would like to take this opportunity to thank every one of the contestants for their commitment, passion and hard work during the competition.