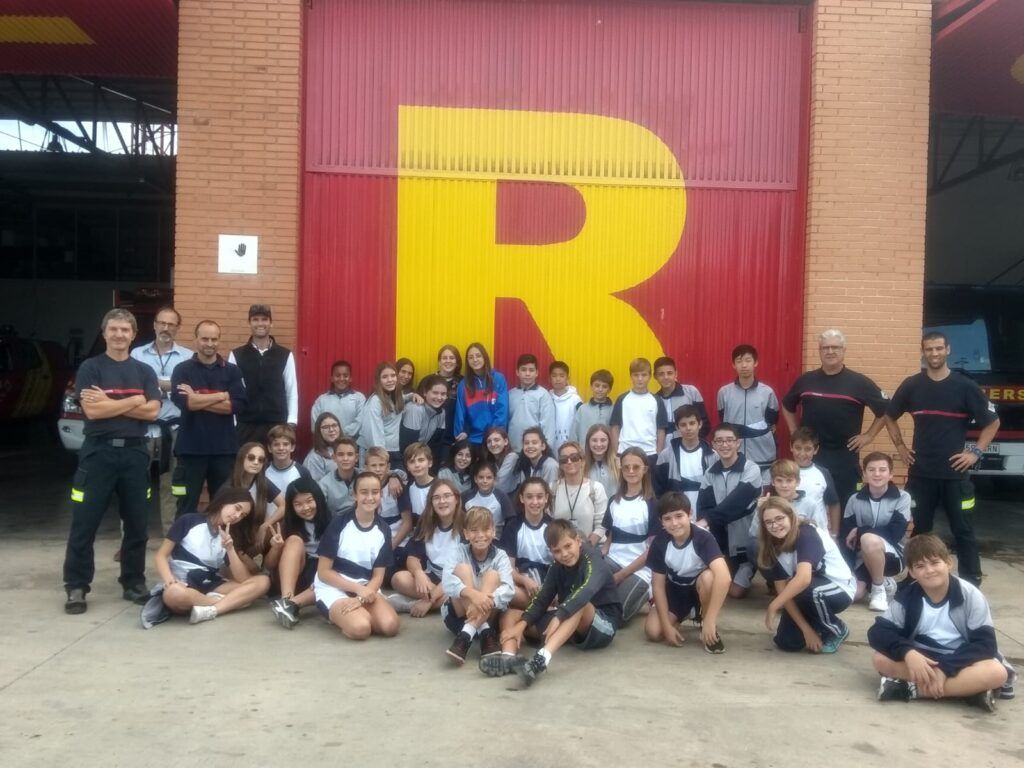 Yesterday, 23rd October, Year 8 students of Laude British School of Vila-real (Castellón) visited the Fire Station in Nules, where they got to see first-hand the firefighters at work.

To highlight the importance of fire safety and security, the children attended a talk given by the Fire Chief of the Nules Fire Station.

Later, they saw all the facilities, equipment and techniques that firefighters use for extinguishing fires, as well as the steps to follow when receiving an emergency call. And, for a while, the children felt like real firefighters riding the fire engine, using the fire hose or going down the pole. Then, they did some exercises in the gym in the Fire Station.

After finishing the visit to the Nules Fire Station, the children went to the Ermita de la Virgen de Gracia, in Vila-real, where they took a short break to eat and, afterwards, took part in a treasure hunt using Maths, so that they could appreciate the importance of teamwork, cooperation and self-confidence.

Without a doubt, it was an exciting day for Year 8!