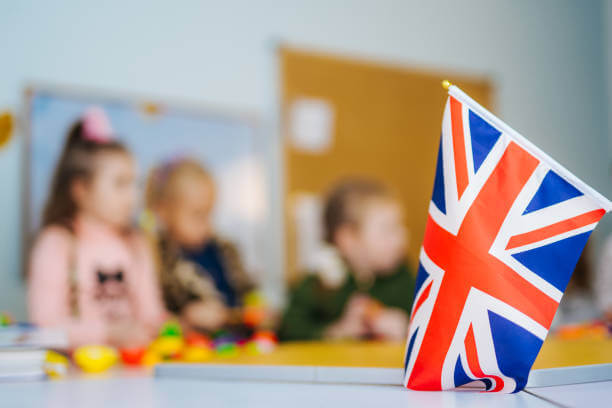 What is the British education system like in Spain?

In Spain there are more than 100 schools that apply the British educational model. At British School of Vila-Real we are a reference, due to our experience and the academic results of our students. The application of the British education system in Spain has numerous advantages for the student, not only in terms of language learning, but also in aspects related to international academic prospects for university studies.

The foundations of the British education system in Spain

A fundamental issue which we will look at in more detail below is the language in which learning takes place. A bilingual school must teach at least 50% of its subjects in English, however, the conditions are different for British schools in Spain.

In British schools the vehicular language is English, therefore, all subjects will be taught in English, with the exception of Spanish language and literature, which is taught in Spanish.

English programmes encourage creativity, responsibility and social skills from the earliest years of schooling. The British curriculum invites students to make decisions from the first years of secondary school about the subjects and topics they are interested in. This possibility encourages each individual to take an academic pathway that suits their interests.

At British School of Vila-Real we apply the principles of British education in a unique environment, so that our students can develop their abilities to the highest level during their academic training.

One of the advantages of the British education system in Spain is learning English at a native level. Our experience has shown us that there are two keys to this learning process: firstly, assimilation takes place at the same pace as learning the mother tongue, and secondly, the practical use of the language reinforces the learning process.

During our early childhood, the brain is prepared to acquire both the grammatical structures of a language and the vocabulary; this ability is reduced with the passage of time, however, we can take advantage of it to learn two languages in a natural way.

A pupil who learns two languages from her or his first years, will use both languages quite naturally. The language skills of infant and primary school children are infinitely superior to those of an adult, so academic programmes that include two languages offer the pupil an added advantage.

With regard to language learning, it is also important to determine the circumstances in which it is put into practice. English classes help students to think and express themselves in English. Traditional curricula set out specific subjects in which the learner must make an effort to adapt to a second language, but if this process is continuous, assimilation takes place naturally.

The courses and cycles of British education

The British education system in Spain is adapted to the different academic phases in the UK. The educational courses are as follows:

Courses in the United Kingdom are organised in Key Stages, which correspond to the different cycles that the student passes through during the period of education.

The advantages of a British education for university students

Students who opt for international university studies in English-speaking countries have an added advantage. In addition to learning the language, the British education system in Spain is adapted to Anglo-Saxon university standards, and therefore access to these centres will always be easier than for a student who is not familiar with these educational programmes.

Obviously, a student applying for university courses in an Anglo-Saxon country must have a solid linguistic level, both general and specific to their studies. A British education allows the language to be established with the fluency with which a person communicates in their own mother tongue.

In addition, English-speaking universities, regardless of the country of origin, set a series of specific tests that are compulsory for enrolment. The British education system in Spain offers a specific preparation, which offers more options when opting for international university studies in Anglo-Saxon countries.

At British School of Vila-Real we offer complete British education programmes from pre-school through to pre-university courses.

Our school allows students to obtain a double official qualification, both British and Spanish, so that they can access both Anglo-Saxon and European universities.

Our aim is for each of our pupils to be able to perceive their own education as a process of lifelong learning, which goes beyond the academic process, so that in the future they can continue their education in a continuous way.