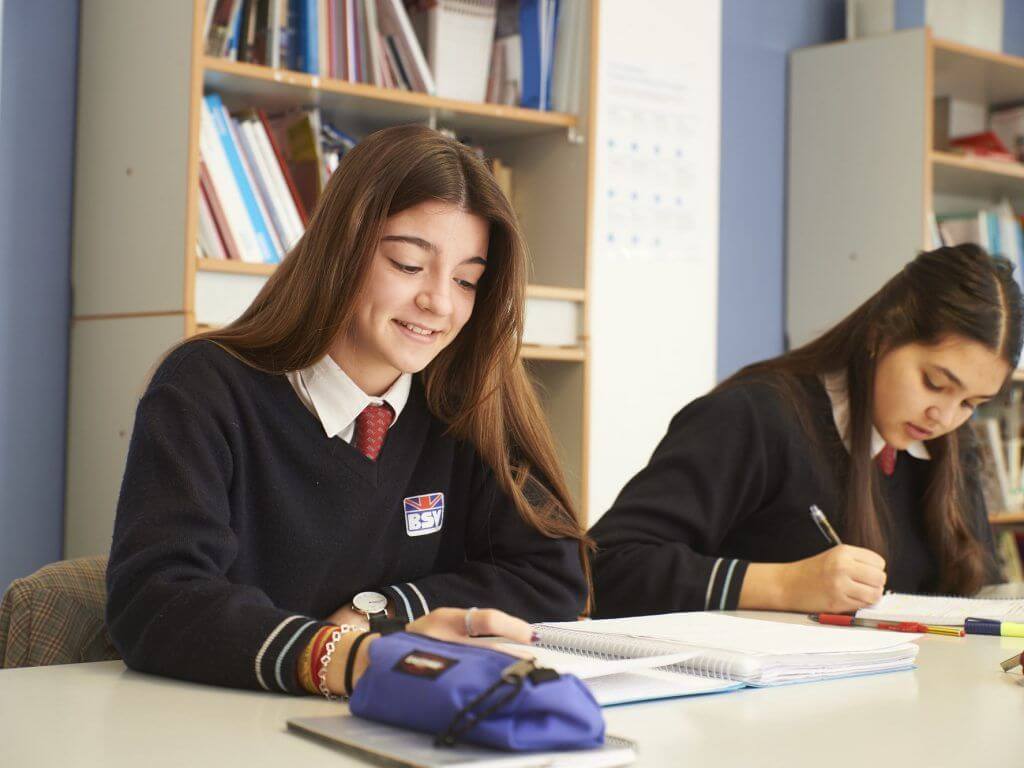 Differences between the English and Spanish education systems

Differences between the English and Spanish education systems

At British School of Vila-real we follow the British curriculum from the Early Years up to the pre-university stage. The differences between the English and Spanish educational systems are significant. Beyond the language used, both educational programmes include different objectives and methods, oriented towards particular academic goals.

For the British education system, practice is essential for the learning process. In the Spanish education system, the emphasis is on memorisation and theoretical aspects, whereas the English education system has always been committed to demonstrating the knowledge acquired in practice. At British School of Vila-real, we focus on each student’s learning in a practical way to ensure that all our students understand the practical application of the content in the lessons.

Today, there are many educational methodologies that establish the pupil as the true protagonist of his or her own education. The British education system has always been very demanding in this respect, encouraging pupils’ autonomy, stimulating their creativity and challenging them to achieve their own goals.

The British education system focus on developing skills and enhancing student learning for all students, giving them both the freedom to be creative and the support to achieve their full potential.

When we talk about the principles of the British education system, we cannot forget the importance of teamwork. As we indicated earlier, the autonomous work of the pupil is important, but there is also an important factor of teamwork.

The British curriculum is based on the project approach, a model in which pupils are required to carry out work from start to finish, and mostly as part of a team. Students develop the skills of partnership and teamwork. In addition, as they have to rely on the continuous supervision of teachers, they must be in constant communication with them.

The House system is common and very popular in British schools. Each pupil belongs to one of these houses and, for each special activity they carry out, a number of points are assigned to each house. At the end of the school year, each house’s points are tallied and the one with the highest score receives a prize.

Teamwork and cooperation are among the objectives of the house system. Pupils also learn the importance of healthy competition.

The number of students per class is another key feature of the British system, as personalised attention to each student is a priority. Lessons are adapted to the students’ own learning pace and they are able to take part in them intensively.

The support teacher or teacher assistant is key to this, as their role is to help both teachers and students on a day-to-day basis in the classroom, adapting these reinforcement lessons to the student’s needs.

A different way of learning languages

In terms of British curriculum at schools in Spain, students are exposed to two cultures from a very young age: British and Spanish. In addition, unlike the Spanish educational model, British schools offer a wider range of languages, which allows pupils to learn about new societies and cultures and, as a result, develop greater respect and tolerance towards different points of view.

At British School of Vila-real, respect for different beliefs and cultures is encouraged and more than 25 nationalities live together in the school. Students benefit from a linguistic immersion that leads them to learn 3 to 5 languages in a relatively natural and easy way.

At British School of Vila-real we follow a multilingual model, in which English and Spanish are the official languages of the school from Early Years with native teachers, ensuring that the acquisition of languages takes place naturally in the children and promoting an excellent level of multilingualism (including Valencian). From the fourth year of Primary, pupils choose a third language from between German, French and Chinese and in Secondary they choose an additional fourth language. Pupils develop outstanding communicative skills and competences in these languages, an advantage which can make all the difference and can be a gateway to new opportunities for the future.

In the Spanish education system, no specific objectives are set; the aim is that by the end of the school year, all students should have acquired a series of more or less general knowledge, which they can demonstrate in evaluative tests.

In the British education system, objectives are set, both annual and short term, so that students can perceive their own evolution, and reach goals that make them improve day by day. At British School of Vila-real, motivation and positive reinforcement are used to encourage student to want to complete their work ‘Getting Better is what drives us’.

Academic courses in Spain and the UK

Currently in Spain, the education system is divided into 4 cycles, which include the following courses.

In the United Kingdom, the composition of courses is slightly different.